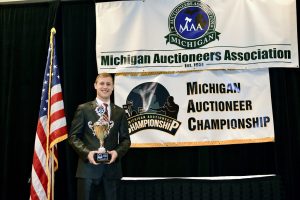 Also taking home honors were Grant Cole and Ridge Bollheimer.  Cole was the 1st runner up and Bollheimer was the 2nd runner up.

Eli enjoys business and is very passionate about the auction business. He also loves being around people and building relationships. In his spare time you can find him doing outdoor activities, helping out at church or spending time with his wife. 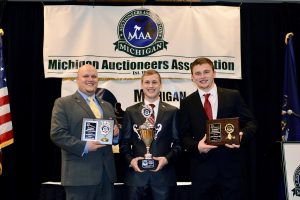