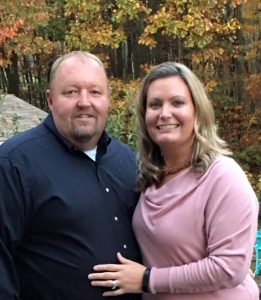 Chuck Ranney, of Coopersville, Michigan was elected President of the Michigan Auctioneers Association at their annual conference on January 20, 2017. Chuck had previously served as the Vice President and has held a chair on the Board of Directors s
ince 2014.

Chuck’s previous work career ranges from tow truck driver and mechanic, to service manager, and tire shop owner. In 2004, Chuck was introduced to the auction business when he was hired by Miedema Auctioneering to set up auctions. Chuck set up auctions for about 4 years before he decided he wanted to call bids. Scott Miedema bought him some tapes and books and told him to start practicing! Chuck had just begun practicing and getting the hang of things, when Hib Kuiper and Doug Heuker put him on the spot at an auction. He had no choice but to call the bids when Hib and Doug dropped the microphone on the ground, told him it was his turn, and walked away! Chuck has been a full time auctioneer and ringman ever since.

Chuck’s knowledge and experience gleaned from prior jobs helped to make him a well rounded, knowledgeable auctioneer. Chuck specializes in 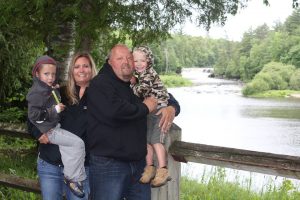 Much of Chuck’s success has come not only from his dad, but also Doug Heuker, Hib Kuiper, Sid Miedema and Scott Miedema. Not only did they give him the opportunity, they kept encouraging and believing in him.

Chuck and his wife, Shannon, have been married for 10 years. They have two boys who love to wear Miedema Auctioneering clothing and match their dad. Dylan is 8 years old and Max is 6. When they are not working, they enjoy camping and spending time with family.

If you have any questions or concerns regarding the association, please contact Chuck Ranney (616) 560-0839 or chuck@1800lastbid.com.