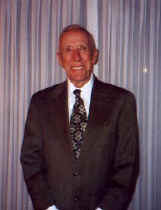 Born October 8, 1926 in Adrian to Bennett and Myrtle (Townsend) Buehrer. He married Neoma M. Valkenburg on December 21, 1946 in Jackson, and she survives.

Memorial contributions to the Addison Ambulance Service or the American Cancer Society.