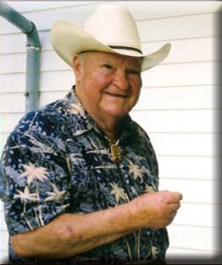 John M. Glassman, 87, of Eau Claire, passed away at his home on Friday, January 23, 2015, with his family by his side. Funeral services were held on January 27, at Chapel Hill United Methodist Church, Sodus, where he was a member. Online messages and memories may be left at www.bowermanfuneral.com. Donations in John’s memory may be made to Chapel Hill United Methodist Church, Gideon International, or Hospice at Home. John was born January 17, 1928, the son of John and Emma (Priefer) Glassman, and he had been a lifetime resident of Berrien County.

He was an auctioneer and real estate broker and owner of Glassman Auction Service. He was a member of Gideon International, a lifetime member and past president of Michigan Auctioneers Association, National Auctioneers Association, Dowagiac Elks Club, past member of Eau Claire School Board, and a member of YMCA. He is survived by his wife, LaVerne; two sons, John (Catherine) Glassman and Jerry (Aimee) Glassman of Eau Claire; three daughters, Diane (Paul) Kish of Orlando, Linda (Dilts) Glassman of Dowagiac, and Cindy (Charles) Cantrell of Eau Claire; 17 grandchildren; 18 great-grandchildren; and two great-great-grandchildren. John was preceded in death by a brother, Albert Glassman; and four sisters, Caroline Merren, Ruth Strang, Edna Price, and Joy Knapp.