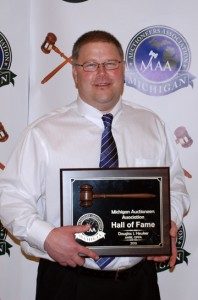 Doug Heuker first catches your attention with his infectious smile, and soon in conversation this is followed with an easily identifiable deep and hearty laugh. It is for that reason alone this gentleman is one that people want to be around, and one of the traits that has led to his great success. He is a sincere Christian, and you can see evidence of that throughout his walk in life. He has been active in his church for years, and leads a men’s Bible Study. His work ethic and principles further reveal his sincere heart and desire to treat others as he wishes to be treated.

Born in 1969, Doug is the oldest of 4 siblings. He graduated with a Bachelor of Science in Account and married his lovely wife, Erin, at the tender age of 22. They have 3 children, Melanie, Benjamin & Nickolas, who love and admire their father. Doug is a sportsman who loves to hunt, fish, and travel with his family.

Doug worked for a private company as an accountant for a while after graduation from college before deciding that wasn’t for him. He grew up going to cattle auctions with his grandpa – and that auction call always rang in his ears. He raises beef cattle today just like his Grandpa did. So he went to Missouri Auction School and for a little while worked with his dad in the heating/cooling business while trying to get started in auctioneering. It was easy to see this was one cool cat and that he had true talent in bid calling.

Doug joined Miedema Auctioneering in 1996. Made great friends there, including the late Hib Kuiper… he has had many an adventure working at auctions together with Sid & Scott Miedema and their entire crew. Doug is truly a leader in the auction industry, he serves as President of LASTBIDrealestate.com, and sells hundreds of properties annually using the latest cutting edge auction tools. He has given presentations, assisted many auctioneers as a mentor, served several years as a board member, and in 2008 served as the MAA President. He is also the 2002 Michigan Auctioneer Champion, the 2010 Michigan Ringman Champion, a multiple finalist in the International Auctioneer Championship, and now an MAA Hall of Fame Member.

It is with sad news that we share that Doug passed away the day after he was inducted into the Michigan Hall of Fame. He will be greatly missed by the industry, his business partners, family and friends.