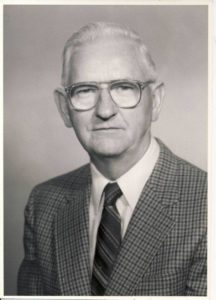 William Joy Stanton, 89, of Vermontville, passed away on May 8, 2013 at Woodlawn Meadows, Hastings , MI

He was born on May 7, 1924 to Asa and Alpharetta (Dingman) Stanton in Barry County, MI. In 1947 he married his first wife, Doris Dull, and to that union he had three children, Kathleen, Patricia, and Steven. In 1973 he married Shirley (Raymond) and they lived in Vermontville, Michigan.

Bill loved working as an Auctioneer, founding Stanton’s Auctioneers in 1954. …when we began in 1954, we were the only Realtor/Auctioneers in the area at the time. We also handled insurance for a while but then we decided we wanted to focus on the real estate and auctioneering, said Bill on the company’s 50th anniversary. It sure is an interesting business. Sometimes I wish I could start over and sell all that stuff again. In his leisure time he enjoyed fishing, especially the Canadian fishing trips he shared with his wife and friends.