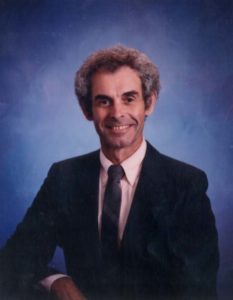 Vernon S. Gerber, 62, of Goshen, Indiana, passed away November 27 in Northwestern Hospital, Chicago, where he had been a patient for five weeks. He had been ill for the past four years with multiple myeloma and leukemia.

Mr. Gerber moved to Goshen three years ago from Mio, where he had lived since he was 3. He was owner/operator of Gerber Auction Inc., which he started in 1967 in Michigan. He was a member of Clinton Fram Mennonite Church, National Auctioneers Association and the Michigan State Auctioneers Association. For the past 30 years, he was head auctioneer for the Northern Michigan Relief Sale. He was active for March of Dimes in Curran, Michigan, and was board director of AuSable Valley Home, Fairview, Michigan.