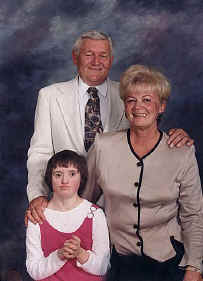 Mr. Sidney Miedema, aged 65, of Byron Center went to be with his Heavenly Father Sunday, June 13, 1999. Sid and his sons, Sid Jr. and Scott, own and operate Miedema Auctioneering, Inc. Sid was always making a “bang” at an Auction with his yardstick or cane. In addition, Sid enjoyed hunting with his brothers, a tradition they carried on for over 45 years!! Sid was very active in his church and enjoyed spending time with his family. He spent many hours with his pride and joy, Belgian draft horses. Sid Jr. continues this interest, with his father’s horses, pulling at many competitions.

Surviving is his loving wife, Donna; dear children, Kathy and Duane Mingerink of Byron Center, Carol Miedema at home, Sid Jr. and Lisa of Caledonia and Scott of Grand Rapids; 10 precious grandchildren who he thought the world of and treasured as special gifts from God, Tammi (Jason), Chad, Kurt, Stacy, Karli, Jordan, Jeremy, Lynnae, Alexis, and Austin; brothers and sisters Fred Zwak of Hudsonville, Ed and Lorrain of FL., Ron and Dee of Jenison, Ted and Gloria of Hudsonville, Jake and Marsha of Jenison, Jane Hoven of FL.; Kae Miedema of Jenison; brother-in-law, Harold and Mary Elzinga of Byron Center; and many nieces and nephews.

Sid is greatly missed by the entire staff at Miedema Auctioneering Inc. and many of us at the Michigan State Auctioneers Association.