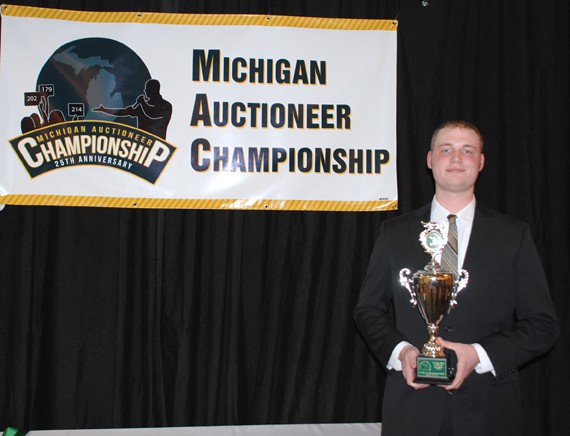 Also taking home honors were Wade Leist and John Beechy. Leist was 1st runner up and Beechy was 2nd runner up. 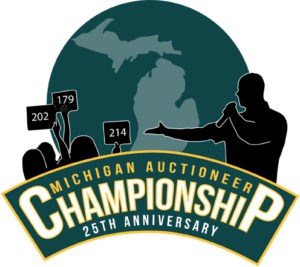 Jimmy Lambert started working as an auctioneer at 15 years old helping at benefit and charity auctions. In high school, he started working for his father’s company, Jim Lambert Auctioneers. He is still working there as an auctioneer, conducting on-site estate, farm, and annual consignment auctions from early spring to late fall.

Jimmy attended World Wide College of Auctioneering in the fall of 2010. The advice and guidance he received there helped him to completely reconstruct his bid call to be simpler and smoother.

He has previously worked as a livestock auctioneer and is currently working as a Marketing representative for Superior Livestock Auction in Michigan.