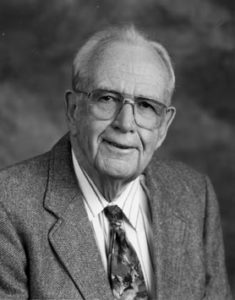 Belcher Auction Company was organized in 1919 by the late Harold Belcher. Edward Belcher joined his father in 1937 when he was 18 years old. At the age of 19, Ed was head auctioneer at the Kalamazoo, Wayland and Cassopolis Livestock Auctions. He also sold private auctions from general to antique sales.

Ed was President of the Michigan State Auctioneers Association in 1973. He was Michigan Auctioneer of the Year in 1976.

He has had benefit auctions for many organizations in the State of Michigan including the Calhoun County 4-H auction since he instigated it in 1961. It has proven to be the largest and best County 4-H Auction in Michigan to this day. In 1975, he headed a fund to buy a steer for a young 4-H boy whose steer died during fair week.

Ed has contributed much of his time and talents to many community projects. He was co-chairman of the successful Oaklawn Hospital fund drive from 1972-74 helping to raise over $500,000. He was Director of the Michigan National Bank for 27 years, was President of the Marshall Chamber of Commerce and served on the Chamber Board of Directors.

He is a member of the United Methodist Church where he has been a member of the Finance Committee and has served on the Board of Trustees. In 1973, he was Chairman of the Church’s Stewardship Crusade that raised $179,000.

He is a member of the Masonic Order, the Moose Lodge, the Knights of Phythia and was a board member of the Calhoun County Agricultural and Industrial Society for several years. He was also Director of the Michigan Association of Western Horse Clubs, 1967-1970.

Edward Belcher is a man who recognizes the opportunity to serve his fellow man by doing the little things that count and are never spoken of.