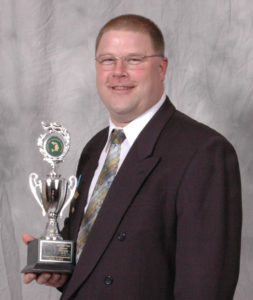 Douglas J. Heuker, AARE, GPPA won the coveted title, Michigan Ringman Champion, Wednesday, January 27, 2010. Doug is a Past President of the Michigan State Auctioneers Association and is also the 2002 Michigan Auctioneer Champion. Doug has competed in the International Auctioneer Championships several times and made the finals nearly every time he entered.