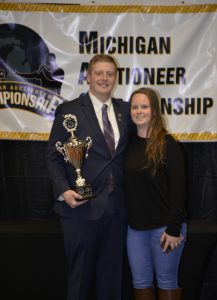 Also taking home honors were Samuel Baer and Jason Clark. Baer was the 1st runner up and Clark was the 2nd runner up. 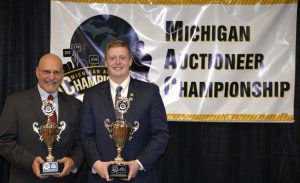 Upon winning the championship, Billy said, “I’ve been wanting to be an auctioneer since I was five years old. I knew that’s what I wanted to do. Ever since I went to that first auction, I was hooked and I’ve made my dream come true and became an auctioneer. I’m a proud member of the Michigan Auctioneers Association and thrilled to be able to represent my association and industry this year and at the International Auctioneer Championship in July.” Peyton went on to thank his wife, Katie for her unwavering support, his parents, the Michigan Auctioneers Association, and many others that were pivotal in his early successes as a professional auctioneer. 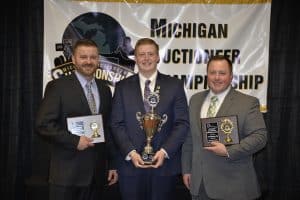