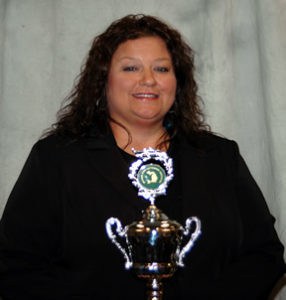 Beth Rose is the oldest of four daughters to follow in their father’s footsteps and became an auctioneer 22 years ago. Beth is the first female to win the Michigan State Auctioneers Competition. Beth is a licensed Realtor in both Ohio and Michigan, specializing in Real Estate auctions and business liquidations.She graduated from the American School of Auctioneering in Willard, OH.

Beth has won numerous marketing awards both Nationally and at State levels. Beth is recognized as a seminar presenter to top Real Estate Companies educating realtors on the the auction method of marketing to help increase sales. Beth received the Rose award in 1999 from the Certified Auctioneers Institute in Bloomington Indiana. The Rose Award was given to recognize the best auction summary report. This award was named in 1998 in memory of her father, David Rose who had a tremendous impact on the class of 1998 as a leader, mentor, and friend. Beth has also been recognized from the Ohio Association of Realtors with the Pinnnacle of Performance Award, Award of Excellence and Award of Distincton for many years.These awards exemplify her outstanding achievements. She was endorsed by the BIA (Building Industry Association) in 2008 for helping builders in tough economic times through the auction method.

She has a daughter, Sara who has followed in her mother’s footsteps and graduated from Reppert Auction School in 2007. Her primary goal continues to be the success of both buyer and seller.