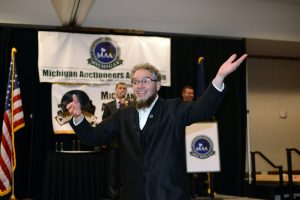 Join us for the most exciting part of the MAA’s Annual Conference! The Michigan Ringman Championship is the biggest and best competition in Michigan where Ringmen gather to show off their skills and compete in a friendly competition with their peers. Contestants will compete by “ringing” for an auctioneer and showing off their abilities to work the crowd, solicit and relay bids to the auctioneer, and create excitement at the auction! At the end of the evening, the 2023 Michigan Ringman Champion will be announced!